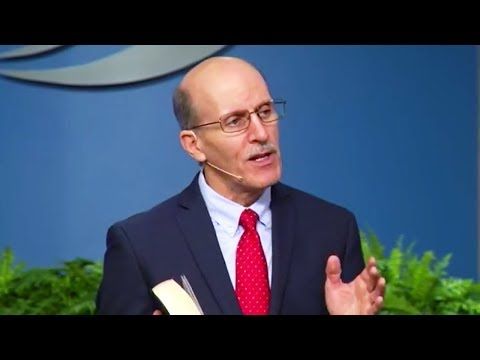 Doug Batchelor lived in a cave for more than a year. He was a drug addict, a dropout, a drunkard, a thief, a black sheep in the family, a total failure! But God did something amazing in his life.

This is his story:

He is a son of a millionaire and business Tycoon Father. His mother is a gorgeous show-business high profile woman. Doug had everything money could buy, but not happiness.

His father is an aviation leasing pioneer and got rich easily. Coming off from a poor family in Oklahoma, this is something he want: Money. He is a hard worker doing work 16 hours a day, having little time to rest and is always stressed in managing his fleet. There was a time that his company has more than a thousand employees. That surely gives stress for an owner to a big business like that.

Despite this, Doug’s father is always drunk going home. That scared Doug and his brother Falcon everyday. His father is married to 4 different women. They have a dysfunctional family. The happiness in the home is a thing they can’t buy.

Meanwhile, Doug’s mother is someone who came from a rich family. She had worked in show-business and had friends who are celebrities. She even wrote 3 songs for Elvis Presley, imagine that, the King of Rock and Roll himself. When it comes to fame and business connections, her mother is at the top of the game.

Doug and Falcon had friends who were children of celebrities, politicians, and millionaires. But most of these children were not happy, they are always sad and empty. This feeling crept into Doug too as he attempted to commit suicide multiple times. Thank God he did not pursue it.

Because of that, he ran and lived by himself at the age of 15! He went to Boston and independently worked there. Stealing other people’s stuff became a common instinct for Doug. Drugs became Doug’s morning oats, it’s a daily substance he need to consume to satisfy his addiction.

He was then led to practice eastern religions and done transcendent meditation. He loved Buddhism. He hated Christianity, thinking about them as money-making hypocrites. But despite being acquainted to other eastern religions, he continued using drugs, depressed, and remained slave to his sins. Buddhism did not made him better.

While working there in Boston, he met a Christian guy who is also a security guard. By the way, this millionaire son worked as a security guard! An act he did because he can’t find happiness in their home. His Christian friend told him that everything you do comes back, advising him to stop stealing. He is very stubborn and did not believed what the other guy said until 1 day his television was stolen. He then realized that everything he did really backfired to him.

Golden Rule: “Therefore, whatever you want men to do to you, do also to them, for this is the Law and the Prophets.” – Matthew 7:12

He then began searching about God. He went into a hitchhiking trip, leading him to Mount San Jacinto at Palm Springs, California. He decided to find God in nature. When he was stuck in Oklahoma, he prayed for 4 specific things: Ride, food, money, and some good people. Soon as he ended his prayer a car stopped in front of him, gave him a ride, food, and money. All of his prayers were answered as how he asked it from God.

So he finally arrived in Palm Springs.
He went inside a cave and live there for a year and a half. He became a hermit. He even dig in city dumpsters to forage for food.

The miracle is that inside the cave, there was a bible! What are the odds! Remember, he is very religious this time but not with Christian beliefs, but that of the eastern religions. So he began reading the Bible not because he want to learn from it, but because of the reason that he want to argue with Christians. He must know what Christians are studying so he can know how to attack them. Up until this time he still look at the Christians as hypocrites.

Yet, while he kept reading the Bible, he was amazed and learned a lot from it. History, moral philosophies, and common phrases used in life such as “The Golden Rule”, “Writing in the wall”. “turn the other cheek”. He lived all his life learning and hearing about these but didn’t knew that it came from the Bible.

The conclusions he found out about Jesus is that:
1. Jesus truly lived on Earth.
2.Jesus did not lie.
3.Jesus is not crazy.
4.And Jesus has the power to save, no matter how sinful you think you are.

So up here in the cave, he decided to follow Jesus. He tried everything in life but did not found happiness. Now, he is ready to accept Christ. He is a drug addict, a dropout, a drunkard, a thief, a total failure! But He learned that God can still accept him for who he is.

He prayed to God that hopefully he can be used to share the message of truth in the Bible. But he cannot preach in the cave being a hermit. As he ended his prayer, her mum called and said that she will be going to the cave via a helicopter together with the reporters from NBC, ready to interview him about what he is doing alone there! This is not coincidence, this is God answering his prayer instantly. The people will learn about him and this is the best chance that he can share Jesus live on TV

“It shall come to pass that before they call, I will answer; and while they are still speaking, I will hear.” – Isaiah 65:24

After a year when he left the cave, he left a Bible there too just in case someone might stumble upon it later in time.

God answered Doug’s prayer, surely he can answer your prayer too.

Surrender your life to Jesus today and receive Christ as your Saviour. Real happiness and real eternal life doesn’t come in FAME and FORTUNE but comes in knowing Christ. Give yourself to Jesus today.

Take my will, and make it Thine;
It shall be no longer mine.
Take my heart; it is Thine own;
It shall be Thy royal throne,

From a life without meaning, experiencing the extremes of it, he became a humble servant of Jesus and a faithful Seventh-day Adventist pastor.

Today, Pastor Doug Batchelor is the President of the international media ministry Amazing Facts. He is an energetic speaker with an unusual ability to communicate not only to church-oriented people but also to those who aren’t religious. His spontaneous, lively humor and down-to-earth approach to living the Christian life engages and brings hope and meaning to hearts from every kind of background.

Doug and his wife Karen have five children. Currently living in Sacramento, his hobbies include guitar, scuba diving, and racquetball. Like his father, he is also an aviation enthusiast and pilot.

He became the richest caveman not because of his family’s wealth and fame, but because of Jesus’ love and His gift of eternal life.