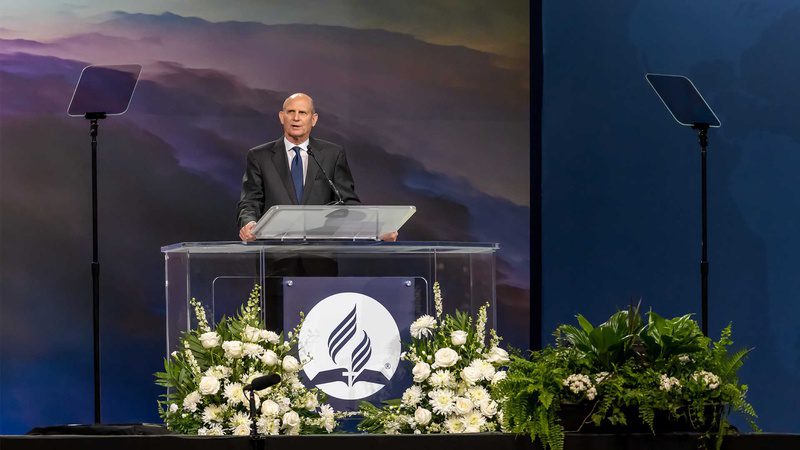 Pastor Ted N.C. Wilson has been re-elected as President of the General Conference of Seventh-day Adventists. This will be Wilson’s third term.

Ted N.C. Wilson has served the Seventh-day Adventist Church in a variety of roles throughout his nearly 50 years of ministry. He began as a pastor in the Greater New York Conference in 1974, and quickly moved into administrative and foreign service roles.