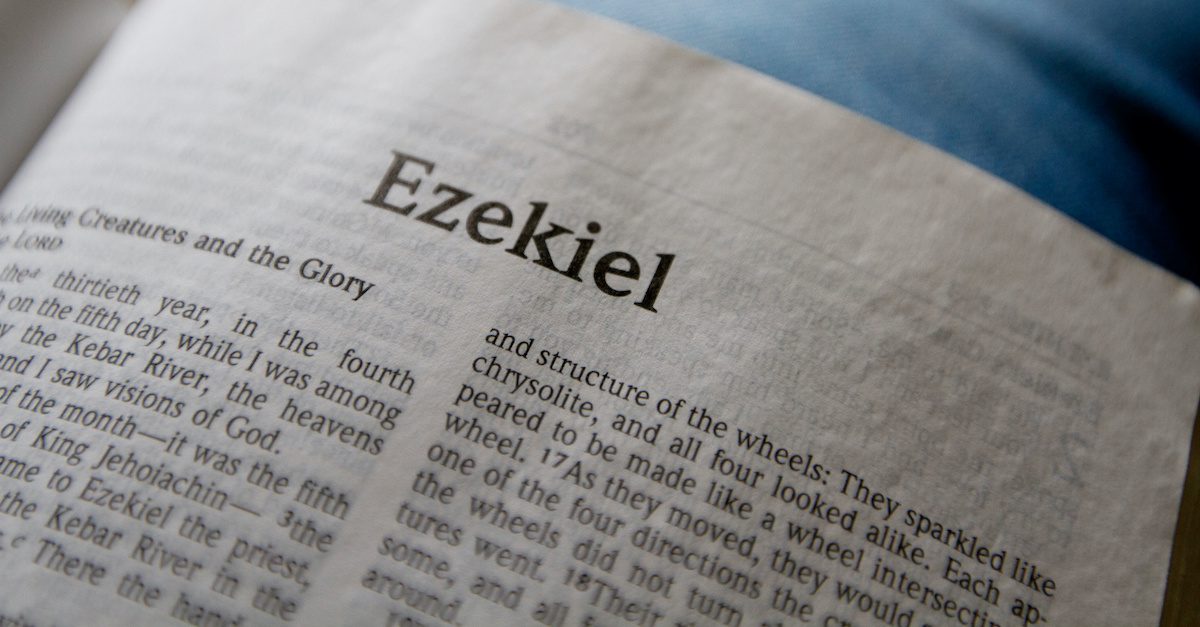 The book of Ezekiel is one of the five books of the major prophets in the old testament. The bible quiz for youth below will show how much you know about the book of Ezekiel. Although it was designed for youths, adults are also free to participate.

1. How many chapters are in the book of Ezekiel?

3. Ezekiel saw his first vision in the fourth year of the exile of King Jehoiachin. True or False?

4. What was the name of Ezekiel’s Father?

7. Ezekiel sat with the exiles at Tel Aviv for how many days after receiving the vision?

8. In Ezekiel 3vs17, what special role was Ezekiel given?

9. What was the taste of what Ezekiel ate in chapter 3?

11. At the entrance of the north gate of the house of the LORD, Ezekiel saw women sitting there, mourning the god ______.

12. In Ezekiel 11vs1, Two leaders of the people were among the men who were plotting evil and giving wicked advice in the city. What were their names?

14. But if a wicked person turns away from the wickedness they have committed and does what is just and right, they will save their _______.

15. According to Ezekiel 18, does the Lord take pleasure in the death of anyone?

17. According to Ezekiel 20vs12, what did the Lord give to the Isrealites as a sign?

18. Keep my holy, that they may be a sign between us. Then you will know that I am the LORD your God.”

19. What was God’s judgement upon the south according to Ezekiel 20?

20. Who were the two adulterous sisters in Ezekiel 23?

21. The two adulterous sisters in Ezekiel 23 were likened to two cities. What are the names of the cities?

22. Someone close to Ezekiel died and the Lord asked him not to mourn the person. Who was the person?

23. The King of Tyre likened himself to a god. True or False?

24. Name any two of the precious stones mentioned in Ezekiel 28vs13.

25. What was given to Nebuchadnezzar as a reward for his battle against Tyre?

29. Ezekiel was placed in a valley full of bones. True or False?

12. Jaazaniah son of Azzur and Pelatiah son of Benaiah,

19. Say to the southern forest: ‘Hear the word of the LORD. This is what the Sovereign LORD says: I am about to set fire to you, and it will consume all your trees, both green and dry. The blazing flame will not be quenched, and every face from south to north will be scorched by it.

20. Oholah, and her sister was Oholibah. Ezekiel 23vs4

21. Samaria and Jerusalem, Ezekiel 23vs4

Nb: ALL THE QUESTIONS ARE FROM THE BOOK OF EZEKIEL AND WERE COMPILED USING THE NIV TRANSLATION.