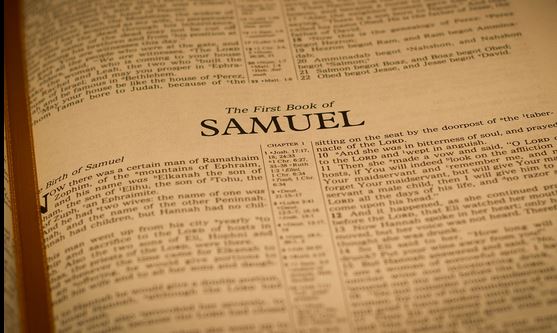 How well do you know the 1 Samuel? The book outlines the fall of King Saul and David’s rise to the throne as a humble servant of God. The Bible quiz for youth below will show how much you know the book of 1 Samuel. Although it was designed for youths, adults are also free to participate.

1. 1 Samuel is after what book in the Bible?

2. Who was the father of Samuel?

3. Who was the father of Elkanah?

4. Name the two wives of Elkanah?

6. Name the mother of Samuel?

8. How many times did the Lord call Samuel?

9. “Speak, for your servant is listening” – who said this and to who?

10. How many years did Eli lead Israel?

11. After the Philistines captured the ark of God, they took it from Ebenezer to where?

12. The Philistines carried the ark into what temple?

13. Dagon did not fall before the ark of God when they got to the temple. True of False?

14. How many months were the ark of God was in the country of Philistines?

15. Who said this “Who is able to stand before this holy LORD God? and to whom shall he go up from us?”

16. Men of Kirjthjearim took the ark of God to the house of ?

17. Who was the son of Abinadab that was sanctified to keep the Ark of the Lord

18. What was the name of Samuel’s firstborn?

19 what was the name of Samuel’s second son?

20. The sons of Samuel were judges in?

21. Who was the first King of Israel?