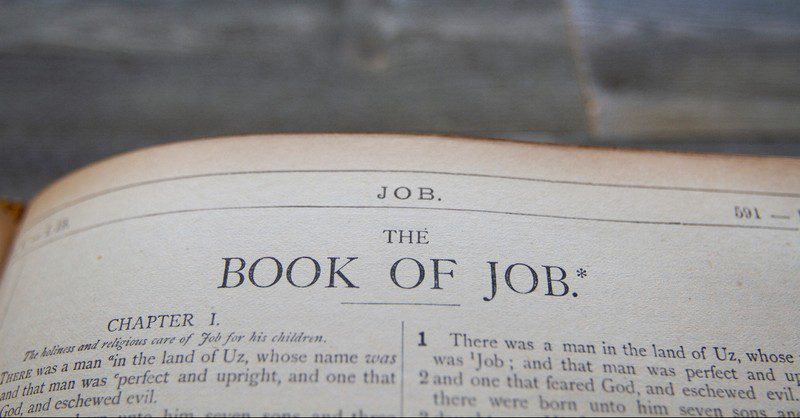 Job was an upright man who refused to curse God despite the ordeal he was passing through. How well do you know the story of Job? The bible quiz for youth below will show how much you know about the book of Job. Although it was designed for youths, adults are also free to participate.

1. What were the qualities of Job?

3. How many sons did Job have?

5. Who was the greatest man in the east?

6. Who was among the angels that came to present themselves before the Lord?

7. “Have you not put a hedge around him and his household and everything he has? Who was being referred to here?

8. Satan was granted to take everything from Job except his _____?

9. Jobs children went to feast at his older brother’s house. True or False?

10. Complete this statement “The _____ formed three raiding parties and swept down on your camels and made off with them.

12. How many friends did Job have?

13. What are the names of Jobs friends?

17. “Blessed is the one whom God corrects;so do not despise the discipline of the Almighty. Who made this statement?

18. Who was the fourth person that answered Job?

19. After Jobs test, what ere the name of the daughters that he later had?

20. God gave Job how many times of what he lost?

21. Why was the Lord angry with Job’s friends?

22. How many bulls and rams did God ask Job’s friends to offer as burnt offering?

24. Job gave his daughters that he later had inheritance along side their brothers. True or False?

25. What was the first event that satan made to happen to job?

1. This man was blameless and upright; he feared God and shunned evil. Job 1vs1

13. Eliphaz the Temanite, Bildad the Shuhite and Zophar the Naamathite, Job 2vs11

25. “The oxen were plowing and the donkeys were grazing nearby, 15 and the Sabeans attacked and made off with them. They put the servants to the sword, and I am the only one who has escaped to tell you!” 1vs14